Black Men and Depression: Saving our Lives, Healing our Families and Friends 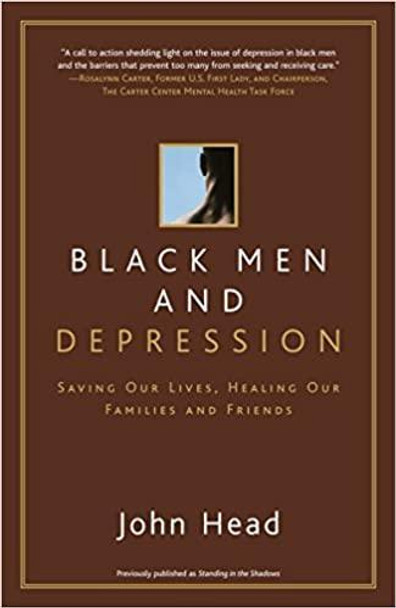 Black Men and Depression: Saving our Lives, Healing our Families and Friends

In mainstream society depression and mental illness are still somewhat taboo subjects; in the black community they are topics that are almost completely shrouded in secrecy. As a result, millions of black men are suffering in silence or getting treatment only in extreme circumstances—in emergency rooms, homeless shelters, and prisons. The neglect of emotional disorders among men in the black community is nothing less than racial suicide.

In this groundbreaking book, veteran journalist and award-winning author John Head argues that the problem can be traced back to the time of slavery, when it was believed that blacks were unable to feel inner pain because they had no psyche. This myth has damaged generations of African American men and their families, creating a society that blames black men for being violent and aggressive without considering that depression might be a root cause.

Black Men and Depression challenges the African American community and the psychiatric community to end the suffering of black men, and address what can be done by loved ones to help those who need it most.
View AllClose

The Silence of Our Friends

MSRP:
Now: $14.95
Was:
Through two award-winning National Public Radio documentaries, and now this powerful book, LeAlan Jones and Lloyd Newman have made it their mission to be loud voices from one of this country's...

US AGAINST THE WORLD: OUR SECRETS TO LOVE, MARRIAGE, AND FAMILY

MSRP:
Now: $24.99
Was:
David and Tamela Mann have been married for 30 years, but the singers, actors, and entrepreneurs are just as, if not more than, happily in love as they were in the early days of their relationship...

MSRP:
Now: $30.00
Was:
From the award-winning entrepreneur, culture leader, and creator of the BLACK GIRLS ROCK! movement comes an inspiring and beautifully designed book that pays tribute to the achievements and...

MSRP:
Now: $19.95
Was:
Shadows on the wall Noises down the hall Life doesn't frighten me at all   Maya Angelou's brave, defiant poem celebrates the courage within each of us, young and old. From the scary...

Notes of a Native Son

MSRP:
Now: $27.95
Was:
In an age of Black Lives Matter, James Baldwin's essays on life in Harlem, the protest novel, movies, and African Americans abroad are as powerful today as when they were first written. With...

The 5 Love Languages: The Secret to Love that Lasts

MSRP:
Now: $15.99
Was:
Over 12 million copies sold! A New York Times bestseller for 10 years running. Falling in love is easy. Staying in love—that’s the challenge. How can you keep your relationship fresh...

Ten Principles of a Character Coach

MSRP:
Now: $33.95
Was:
Light it up! Glowing little works of art are a fun and functional way to bring a little light into your life.  About 3.25" square, includes a white UL certified light fixture...

Against Civility: The Hidden Racism in Our Obsession with Civility

MSRP:
Now: $16.95
Was:
The idea and practice of civility has always been wielded to silence dissent, repress political participation, and justify violence upon people of color. Although many progressives today are told...

Get Good with Money

MSRP:
Now: $14.00
Was:
Turn the zodiac into your personal love potion! Do you always fall for Mr. Right -- only to discover he's Mr. Dead Wrong? Are you spinning your wheels trying unsuccessfully to woo the object of your...