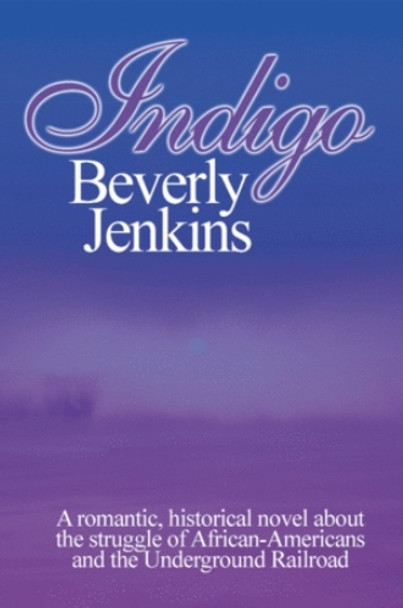 As a child Hester Wyatt escaped slavery, but now the dark skinned beauty is a dedicated member of Michigan's Underground railroad, offering other runaways a chance at the freedom she has learned to love. When one of her fellow conductors brings her an injured man to hide, Hester doesn't hesitate even after she is told about the price on his head. The man in question is the great conductor known as the "Black Daniel" a vital member of the north's Underground railroad network, but Hester finds him so rude and arrogant, she begins to question her vow to hide him. When the injured and beaten Galen Vachon, aka, the Black Daniel awakens in Hester's cellar, he is unprepared for the feisty young conductor providing his care. As a member of one of the wealthiest free Black families in New Orleans, Galen has turned his back on the lavish living he is accustomed to in order to provide freedom to those enslaved in the south. However, as he heals he cannot turn his back on Hester Wyatt. Her innocence fills him like a breath of fresh air and he is determined to make her his, but traitors have to be found, slave catchers have to be routed and Hester's refusal to trust her own heart have to be overcome before she and Galen can find the freedom only love can bring. (back cover)
View AllClose

MSRP:
Now: $12.99
Was:
This cloth journal indigo from Galison makes a great addition to any office or home. 160 lined pages.

MSRP:
Now: $25.95
Was:
Synopsis: "A GREAT AMERICAN SUCCESS STORY . . . AN ENDEARING AND WELL-WRITTEN BOOK." --The New York Times Book Review Colin Powell is the embodiment of the American dream. He was born in Harlem...

They Came Before Columbus: The African Presence in Ancient America

MSRP:
Now: $20.00
Was:
They Came Before Columbus reveals a compelling, dramatic, and superbly detailed documentation of the presence and legacy of Africans in ancient America. Examining navigation and shipbuilding;...

MSRP:
Now: $27.99
Was:
Before Tabitha Brown was one of the most popular personalities in the world, sharing her delicious vegan home cooking and compassionate wisdom with millions of followers across...

MSRP:
Now: $16.00
Was:
The poems in Adrian Matejka's second collection, Mixology, shapeshift through the myriad meanings of "mixing" to explore and explode ideas of race, skin politics, appropriation, and cultural identity...

MSRP:
Now: $18.99
Was:
Countering a culture that coerces men to suppress instead of express, Jason Wilson calls readers to unlearn society's definition of masculinity and discover the power of engaging with and mastering...

We're Going to Need More Wine: Stories That Are Funny, Complicated, and True

MSRP:
Now: $26.99
Was:
In the spirit of Amy Poehler’s Yes Please, Lena Dunham’s Not That Kind of Girl, and Roxane Gay's Bad Feminist, a powerful collection of essays about gender, sexuality, race,...

WHEN WOMEN PRAY: 10 WOMEN OF THE BIBLE WHO CHANGED THE WORLD THROUGH PRAYER

MSRP:
Now: $24.00
Was:
Find power in your prayer like never before with this inspiring guide from #1 New York Times bestselling author Bishop T.D. Jakes. In a time when women carry more influence than any other...

THE RISE: BLACK COOKS AND THE SOUL OF AMERICAN FOOD

MSRP:
Now: $38.00
Was:
This groundbreaking new cookbook from chef, bestselling author, and TV star Marcus Samuelsson celebrates contemporary Black cooking in 150 extraordinarily delicious recipes. It is long past time to...