JACKIE AND ME: A VERY SPECIAL FRIENDSHIP 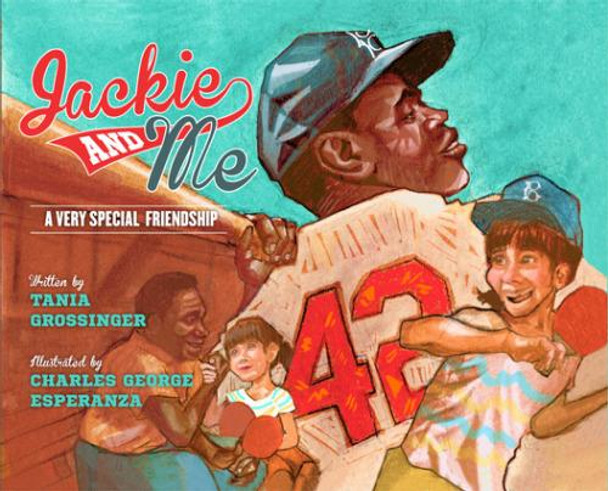 JACKIE AND ME: A VERY SPECIAL FRIENDSHIP

As a "step" in her large family, Tania doesn't feel like she fits in. Especially at the swank upstate hotel that the family runs, one that caters to the rich and famous NYC clientele.

One day, famous athlete Jackie Robinson pries Tania out of her shell by asking her to play ping-pong. He talks to her kindly, helping to bolster her self-esteem.
That chance encounter leads to a lifetime friendship between Tania and Jackie. From that point on, they corresponded constantly, until Jackie's death in 1972.

A surprising, intimate portrait of an American hero and trailblazer - as told through the eyes of an innocent young girl, who grew up to share this 'real' side of Jackie Robinson.

MSRP:
Now: $16.99
Was:
There was a little boy who knew no fear...   Nope, no fear at all. Not even when his grandma warns him of the giants--the two-headed giant and his three-headed brother, that is. Because this wild,...

LINCOLN AND DOUGLASS: AN AMERICAN FRIENDSHIP

MSRP:
Now: $16.95
Was:
In an inspiring account of the friendship between Abraham Lincoln and Frederick Douglass, the award-winning team behind "Rosa" join forces once more to offer a glimpse into the shared bond between...

TESTING THE ICE: A TRUE STORY ABOUT JACKIE ROBINSON

MSRP:
Now: $16.99
Was:
In a stunning metaphor for Jackie Robinson's legendary breaking of the color barrier in Major League Baseball, Sharon Robinson honors her extraordinary father's memory with her warm graceful...

AND THEN THERE WAS ME: A NOVEL OF FRIENDSHIP, SECRETS AND LIES

MSRP:
Now: $26.99
Was:
Bea and Awilda have been best friends from the moment Awilda threw her fourteen year-old self across Bea's twin-sized bed as if they had known each other forever. Bubbly, adventurous Awilda taught...

Monk!: Thelonious, Pannonica, and the Friendship Behind a Musical Revolution