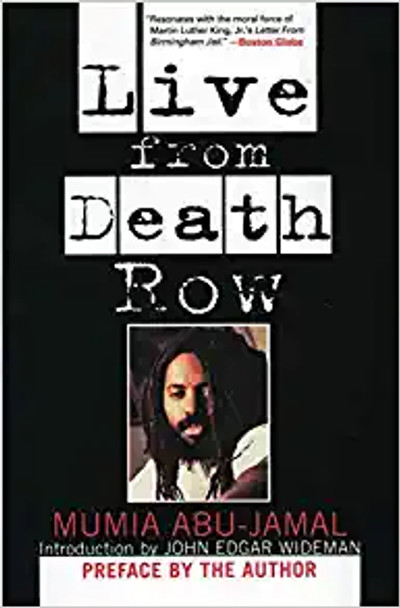 After twenty years on death row, Mumia Abu-Jamal was released from his death sentence . . . but not the conviction. This once prominent radio reporter was convicted for the murder of Philadelphia police officer Daniel Faulkner in 1982, after a trial many have criticized as profoundly biased. Live from Death Row is a collection of his prison writings—an impassioned yet unflinching account of the brutalities and humiliations of prison life, and a scathing indictment of racism and political bias in the American judicial system.
View AllClose

MSRP:
Now: $27.00
Was:
Publisher Marketing: The stunning and long-anticipated sequel to Sister Souljah's million copy bestseller The Coldest Winter Ever.   Winter Santiaga is back.   Twenty years ago,...

Tales from the Umbrella Academy: You Look Like Death Volume 1

BOSH!: HOW TO LIVE VEGAN

MSRP:
Now: $22.99
Was:
Save the planet one change at a time. A plant-based lifestyle is better for the environment and our health, but it can be hard to know where to start. Whether you're already vegan, would like to be...

TRAPPED BETWEEN THE LASH AND THE GUN

MSRP:
Now: $5.99
Was:
Jordan is going to join a gang. But just as he's about to start his future with the Cobras, his past calls him back. Way back - to the nineteenth-century, where he meets his ancestors and gets a...

DAPPER DAN: MADE IN HARLEM

MSRP:
Now: $28.00
Was:
With his now-legendary store on 125th Street in Harlem, Dapper Dan pioneered high-end streetwear in the 1980s, remixing classic luxury-brand logos into his own innovative, glamorous designs. But...