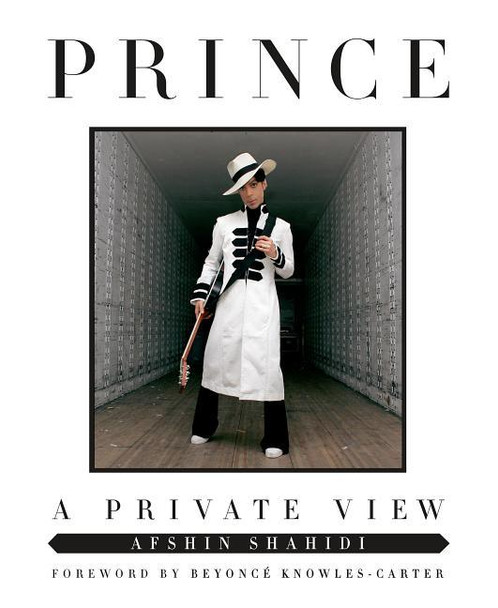 Featuring a foreword by Beyoncé Knowles-Carter.

Afshin Shahidi met Prince in 1993 and soon became his cinematographer and later one of the only people allowed to photograph him. He collaborated with Prince longer than any other photographer. Afshin was the only photographer allowed to shoot the legendary 3121 private parties in Los Angeles that became the most sought after invitations in Hollywood; some of those photos are included in this book.

Prince: A Private View compiles photographer Afshin Shahidi’s work into a journey through Prince's extraordinary life. With never-before-seen photos, it is the ultimate collection of shots of Prince. Brief, but complete and rich, stories about

MSRP:
Now: $7.99
Was:
Get ready for a Royal Crush in this third book in the middle-grade Princess Diaries spin-off series, written and illustrated by New York Times-bestselling author Meg Cabot.Olivia Grace Clarisse...

MSRP:
Now: $33.95
Was:
Light it up! Glowing little works of art are a fun and functional way to bring a little light into your life.  About 3.25" square, includes a white UL certified light fixture with a manual switch, a...

Girl Gurl Grrrl: On Womanhood and Belonging in the Age of Black Girl Magic Easy Reads

Bamboozled by Jesus: How God Tricked Me Into the Life of My Dreams

Grieving While Black: An Antiracist Take on Oppression and Sorrow

The Motherlode: 100+ Women Who Made Hip-Hop

The Officer's Daughter: A Memoir of Family and Forgiveness

The Whiteness of Wealth: How the Tax System Impoverishes Black Americans--And How We Can Fix It - Street Smart

Floating in a Most Peculiar Way: A Memoir

Punch Me Up to the Gods: A Memoir - Street Smart