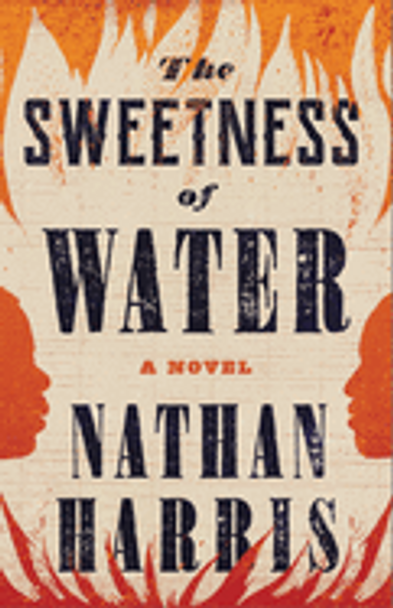 Longlisted for the Man Booker Prize In the spirit of The Known World and The Underground Railroad, “a miraculous debut” (Washington Post)​ and “a towering achievement of imagination” (CBS This Morning)about the unlikely bond between two freedmen who are brothers and the Georgia farmer whose alliance will alter their lives, and his, forever—from “a storyteller with bountiful insight and assurance” (Kirkus) A New York Times Book Review Editors’ Choice A July Indie Next Pick In the waning days of the Civil War, brothers Prentiss and Landry—freed by the Emancipation Proclamation—seek refuge on the homestead of George Walker and his wife, Isabelle. The Walkers, wracked by the loss of their only son to the war, hire the brothers to work their farm, hoping through an unexpected friendship to stanch their grief. Prentiss and Landry, meanwhile, plan to save money for the journey north and a chance to reunite with their mother, who was sold away when they were boys.   Parallel to their story runs a forbidden romance between two Confederate soldiers. The young men, recently returned from the war to the town of Old Ox, hold their trysts in the woods. But when their secret is discovered, the resulting chaos, including a murder, unleashes convulsive repercussions on the entire community. In the aftermath of so much turmoil, it is Isabelle who emerges as an unlikely leader, proffering a healing vision for the land and for the newly free citizens of Old Ox.   With candor and sympathy, debut novelist Nathan Harris creates an unforgettable cast of characters, depicting Georgia in the violent crucible of Reconstruction. Equal parts beauty and terror, as gripping as it is moving, The Sweetness of Water is an epic whose grandeur locates humanity and love amid the most harrowing circumstances.
View AllClose

WE TROUBLED THE WATERS

MSRP:
Now: $16.99
Was:
From slavery to the separation of "colored" and "white" and from horrifying oppression to inspiring courage, there are countless stories - both forgotten and immortalized - of everyday and...

Something in the Water: A 21st Century Civil Rights Odyssey

Reclaiming Her Time: The Power of Maxine Waters

MSRP:
Now: $26.00
Was:
“Spellbinding...A captivating debut.” —Harper’s Bazaar ​ “Part history, part fantasy, this novel crosses genre as easily as it does time.” —BuzzFeed ​​​​In this stirring and lyrical debut...

MSRP:
Now: $28.00
Was:
Brief Description: "From the #1 New York Times bestselling author, a year's worth of daily wisdom and guidance, distilled from the lessons of his six previous books and from never-before-published...

MSRP:
Now: $25.95
Was:
Synopsis: "A GREAT AMERICAN SUCCESS STORY . . . AN ENDEARING AND WELL-WRITTEN BOOK."--The New York Times Book ReviewColin Powell is the embodiment of the American dream. He was born in Harlem to...

MSRP:
Now: $27.99
Was:
Before Tabitha Brown was one of the most popular personalities in the world, sharing her delicious vegan home cooking and compassionate wisdom with millions of followers across social media, she was...

MSRP:
Now: $18.99
Was:
When two Niveus Private Academy students, Devon Richards and Chiamaka Adebayo, are selected to be part of the elite school’s senior class prefects, it looks like their year is off to an amazing start...

CITY WITH A RIVER RUNNING THROUGH

MSRP:
Now: $23.95
Was:
Published to accompany an exhibition presented by the Museum of the African Diaspora (MoAD) in San Francisco, this new volume showcases the work of Eritrean-born artist Ficre Ghebreyesus. Many of the...

MSRP:
Now: $18.99
Was:
The system is rigged. For guys like Russell Boudreaux, football is the only way out of their small town. As the team’s varsity tight end, Rus has a singular goal: to get a scholarship and play...

MSRP:
Now: $12.99
Was:
Xiomara Batista feels unheard and unable to hide in her Harlem neighborhood. Ever since her body grew into curves, she has learned to let her fists and her fierceness do the talking. But Xiomara has...

MSRP:
Now: $18.99
Was:
Today During arguably the worst week of Esso’s life, an accident knocks him into an incredible world—a place beyond space or time, where he can see glimpses of the past and future. But if...